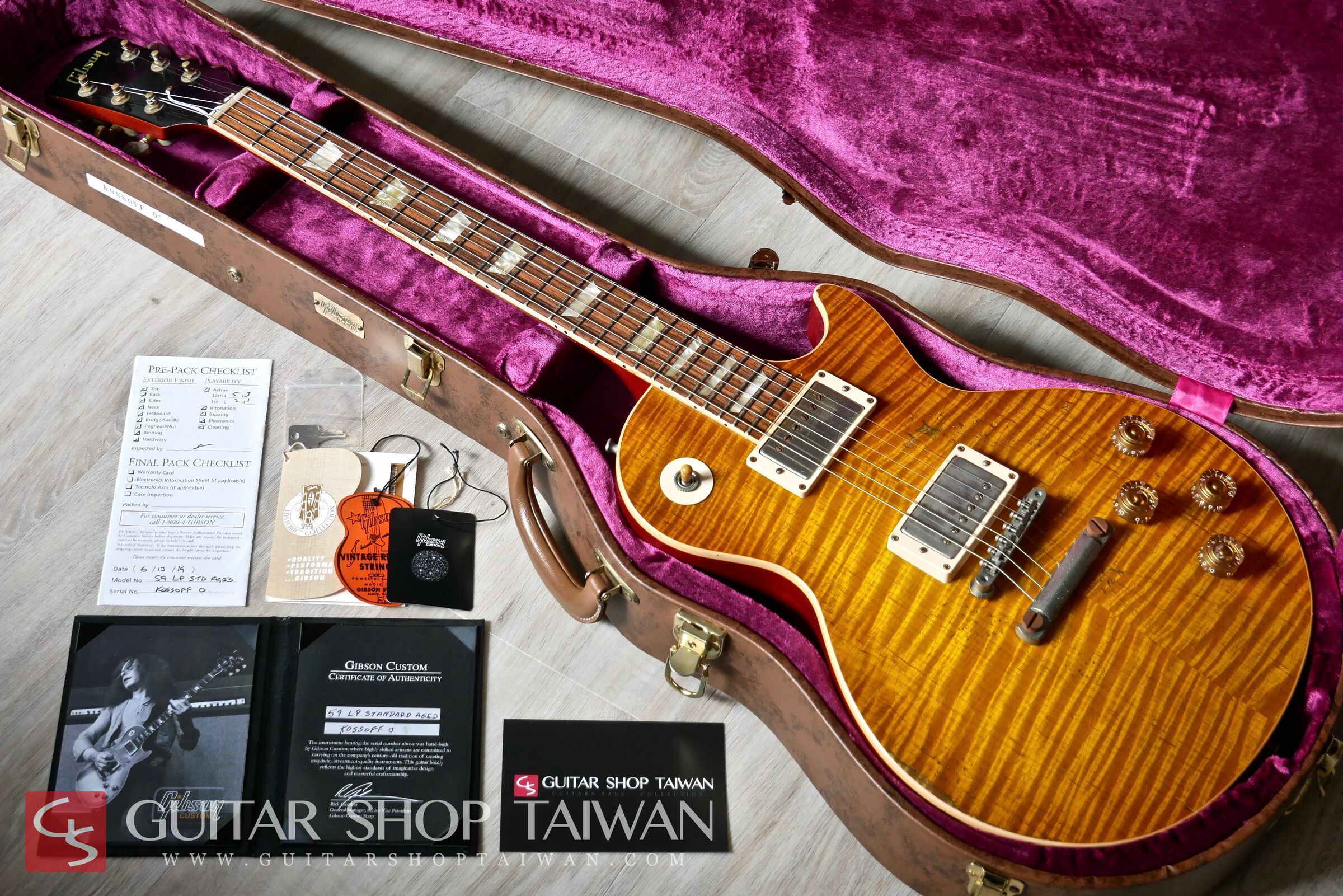 2012 Gibson Custom Shop Paul Kossoff 1959 Reissue Les Paul Tom Murphy Aged. Limited run of 100. It has an unbelievable monster top, looks very vintage and sounds great! The weight is about 3.92kg/8.64lb, it's almost the same weight as the original (The original is 8.68lb). It's very special from the Gibson Custom factory, which was kept in the Gibson Custom factory and came out until 2019, so the date is 2019 on the checklist. We have never seen a relic work better than this one and there is no doubt it's better than other Kossoff '59 reissue guitars.

Despite his tragically short career, Paul Kossoff's guitar work invariably enters at the top of any discussion of classic Les Paul performances. His playing with seminal British blues-rockers Free, and on his acclaimed solo album Backstreet Crawler, exhibited a tone, skill, energy and pure musicality that put him among the pantheon of great British guitar stars such as Eric Clapton, Peter Green, Jimmy Page, Mick Ronson and Jeff Beck. Brian May of Queen was heavily influenced by Kossoff's technique and feel. "In the early days of Queen, we loved the music of Free, and frequently played their songs in sound checks, and at home for fun," May said. "Kossoff was the epitome of cool. Influence me? Ha! I would say the riff of ‘Hammer to Fall' is not a million miles away from Kossoff!"

Each includes a Gibson Custom hardshell case, a Certificate of Authenticity (leather-bound with the 100 hand-aged guitars), and is covered by Gibson Custom's Limited Lifetime Warranty and 24/7/365 Customer Service.