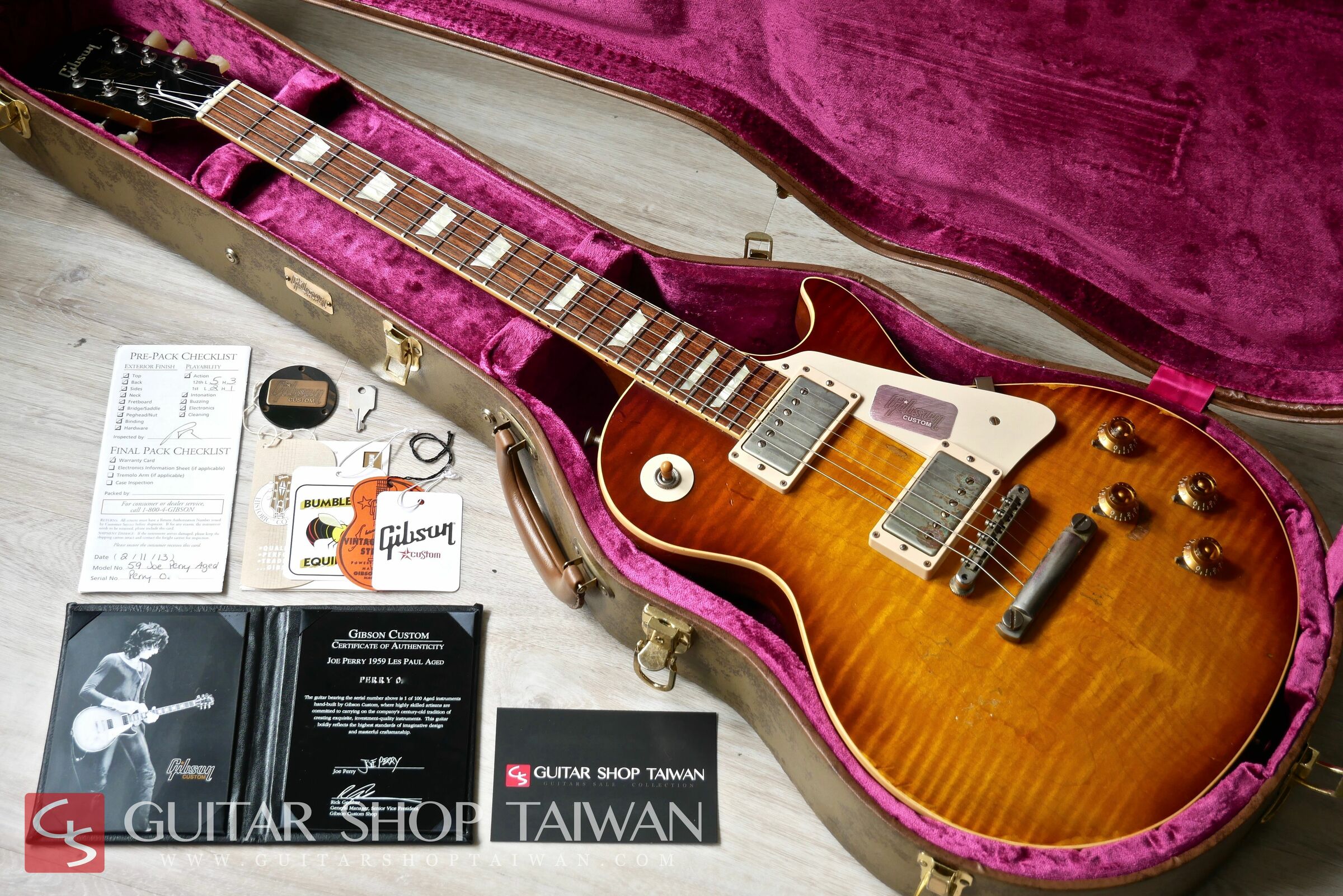 Comes with the original Gibson Custom Shop hard case, COA (has some faded), and original paperwork.
The shipping fee includes insurance. We usually declare low value on the shipping invoice and the insurance will follow the full value of the goods.

The rich, road-worn character of this guitar, serial number 9-0663, is utterly moving, and it seems to throb with the wealth of music and experience earned over decades of being played on stages and in recording studios around the world.

“It’s got everything a great Les Paul is supposed to have,” says Perry. “The neck isn’t quite as fat as, say, a ’54 Goldtop, but it’s still got a good, meaty neck. It’s not a high-output guitar, so it’s got a lot of tone … And it’s got all the natural sustain and warmth, and when you turn it up it growls.”

As stunning a tone monster as this guitar is, however, the story of its passage in and out of Perry’s hands over the years is equally riveting. Slash, Boston-area guitar legend Billy Loosigian and Eric Johnson have all owned number 9-0663 over the years, as it did the rounds through the various ups and downs of Aerosmith’s career.

Once it was clear that Joe had made the shift from struggling to thriving as an artist, he sought to recapture his most cherished axe for good. Many years, many phone calls, and many near misses later, this 1959 Les Paul returned to the man who seemed destined to call it his own.

Thanks to Gibson Custom and Perry, fans and players can now own the closest possible thing to Joe’s most prized guitar, in the form of one of a very limited run of replicas based on exclusive access to the original.

It is available now in a limited run of 50 guitars aged and hand-signed by the artist, 100 aged guitars, and 150 finished in Gibson’s VOS process.